The Kinsmen Club of Brandon hosted our first charity Texas Holdem tournament on May 17, 2014. We would like to thank all the players who came out and contributed to our worthy cause. We received a lot of good feedback that it was a fun event and the players would come back when we do it again.

The Double Decker Tavern provided a fine venue. Also thanks to all the volunteers who helped deal and supervise the poker, and to the Kinsmen Club of The Pas for lending us their chips. 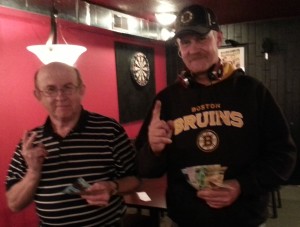 May 17, 2014 Texas Hold’em Poker Tournament at the Double Decker

The Kinsmen Club of Brandon is hosting a Texas Hold’em Poker Tournament in Brandon, Saturday, May 17, 2014 at 3 pm. The location is the Double Decker Tavern, 943 Rosser Ave, Brandon, MB.

Advance tickets available at the Double Decker, or contact any Kinsmen member, or email brandonkinsmen@gmail.com. 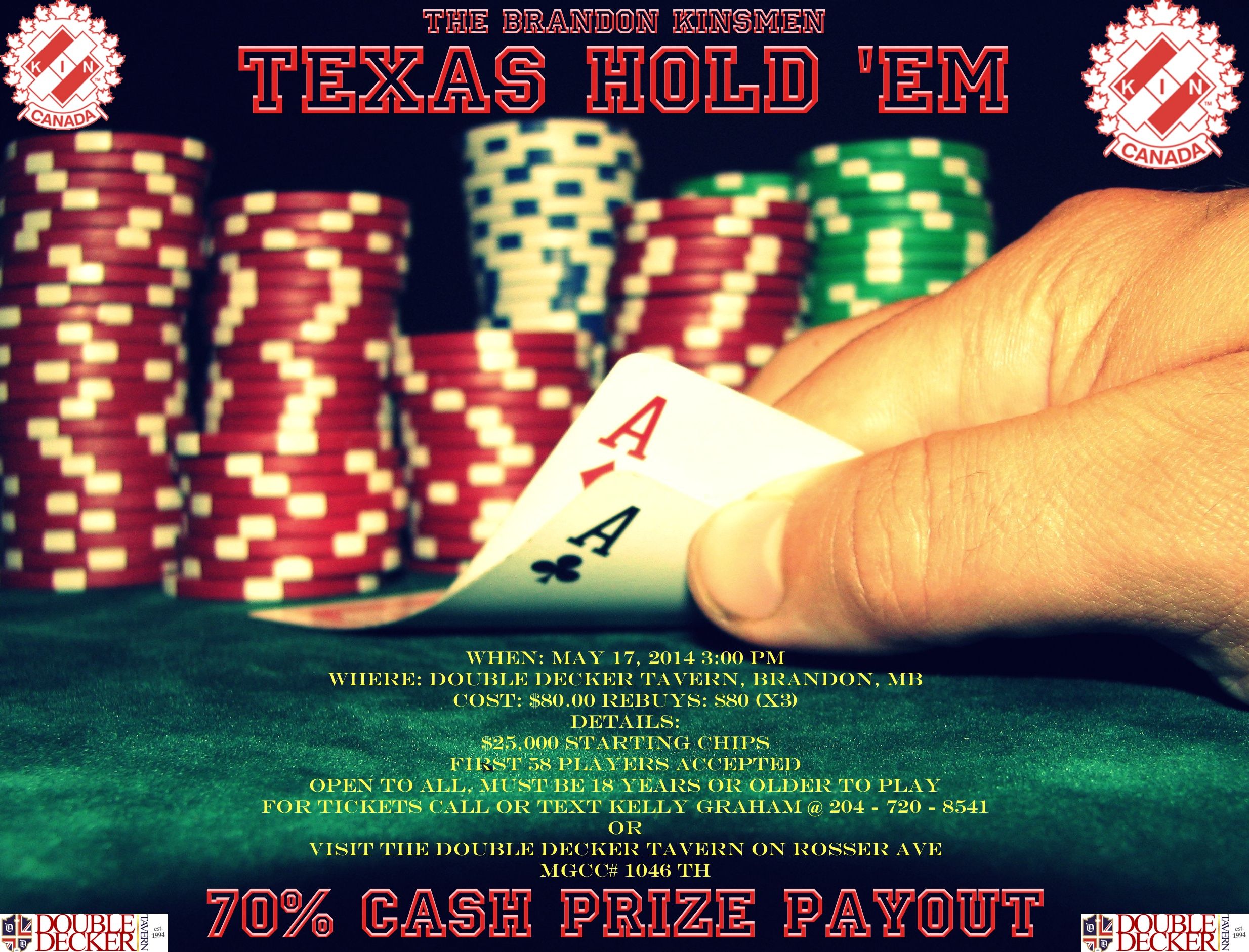 This is a motorcycle and classic-car poker derby ride throughout southwestern Manitoba. New this year, your entry provides 8 poker hands and one of the stops will be an exciting “Wild Card” stop. The poker derby will have a $500 guaranteed first prize. The route is Brandon, to Rivers, Sandy Lake, Rapid City, and back to Brandon. Come on out, enjoy a nice ride, and support a great cause too!

Kin Canada National Convention 2015 will be hosted by the Kinsmen and Kinette Clubs of Brandon.

Woohoo! Kin Canada National Convention 2015 will be hosted by the Kinsmen and Kinette Clubs of Brandon. Congrats to the Kin who made this happen.

Kin Canada National Convention 2015 will be hosted by the Kinsmen and Kinette Clubs of Brandon. Congrats!

More to come soon, to include dates. See you in Brandon in 2015!

At the 2013 Brandon Santa Claus Parade

The Kinsmen Club of Brandon won an award at the Brandon Santa Claus Parade, November 16, 2013.  We won the award for “Best Decorated Car” with the “Mystery Machine” tribute van painted by member Chad Bicklmeier and family.  Congratulations to all the other award winners.  Good job  to everyone who was in the parade.  Thank you to all who came out and watched.  Kudos to the organizers for putting on a great community event, always a highlight of the holiday season! 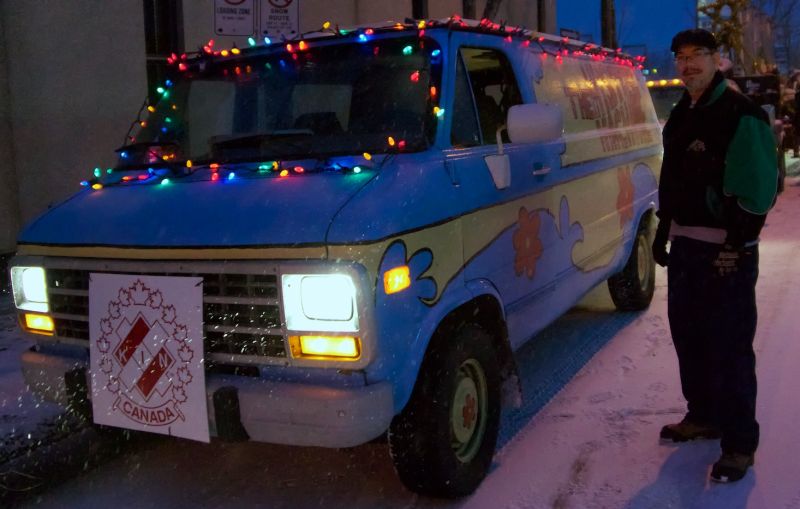 The Kinsmen Club of Brandon held the draw for our Hot Rod Grill BBQ raffle on September 19, 2013.  The winner of the Hot Rod Grill BBQ was Justin Phair of Melita.  Congratulations Justin.  Thanks to all who purchased tickets and contributed to our efforts in “Serving the Community’s Greatest Need”.

We had a great turn out today for the PASCAR Test and Tune session at the Souris Track.  We had 6 cars on the track making some noise and kicking up some mud.  We are really looking forward to next spring, when we expect to have everything in place to offer race days open to the public, as well as closed-course practice days for drivers and pit crew.

This fall and winter we will be rallying the Southwest Manitoba community to get behind this effort.  There are many opportunities for individuals, clubs, and organizations in the community to join in this project, be it concessions, ticket taking, track announcers/officials, technical personnel, and so on.

Also needless to say, we encourage everyone who is interested in joining PASCAR as a driver, race team, car owner, or crew, to please get in contact so we can keep you fully in the loop on all developments.

To keep up with all the happenings with PASCAR, see our Facebook page at https://www.facebook.com/Pascarmanitoba

Some video from today: http://youtu.be/LWtPOkHuXO4 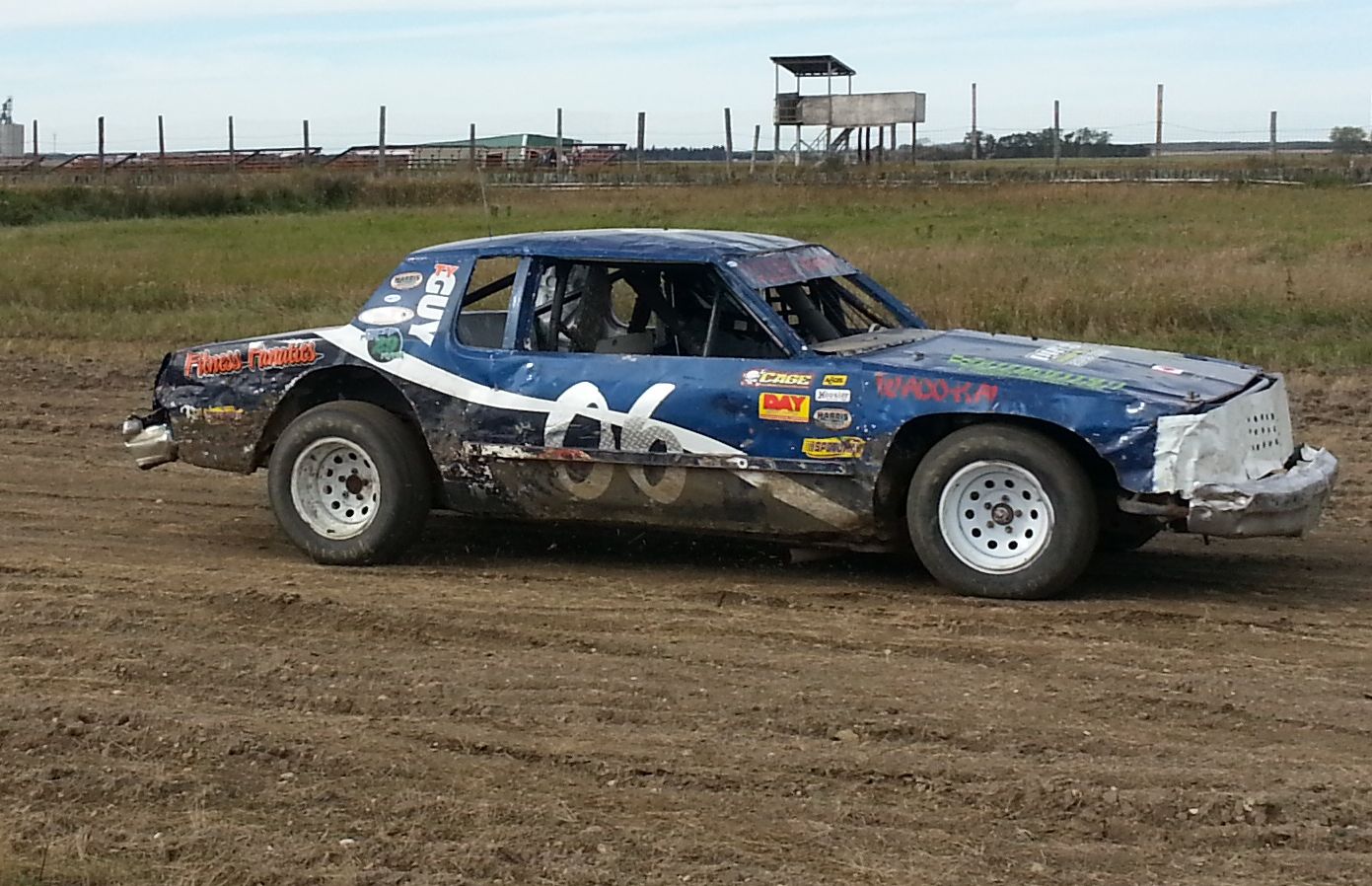 An example of a class of race car that may be running at Souris in the future.

Hope everyone had a nice summer.  The Kinsmen Club of Brandon is resuming our schedule of meetings.  Our first General Meeting of the year is on September 12, 2013, 7 pm, at Kin Village, 1511 Rosser Ave. in Brandon, MB.  Meetings will then continue on alternating Thursday evenings for the remainder of the Kin year.

Guests are welcome.  If you would like to attend or get more info about Kinsmen, please drop us a line at brandonkinsmen@gmail.com or contact President James Sewell at 204-727-8857. 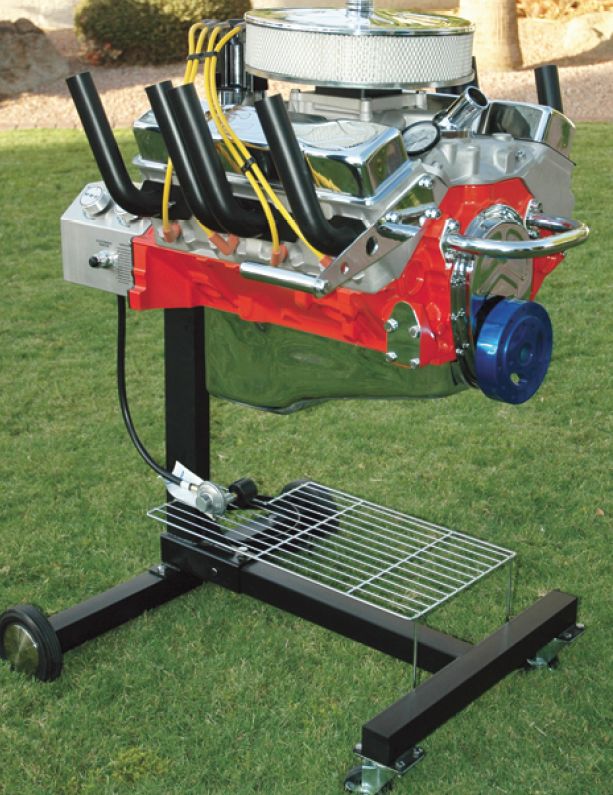 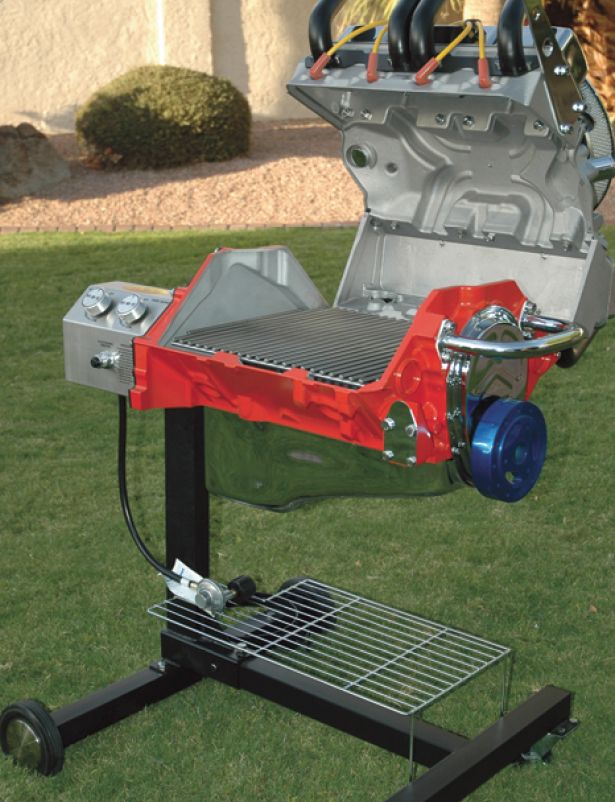 The Kinsmen Club of Brandon is raffling a “Hot Rod Grill”.  This is a propane BBQ styled to look like a small block engine.  The draw is on September 19, 2013 at the Brandon Kinsmen Club Room.  Tickets are 1 for $2.00 or 3 for $5.00.  If you are interested in buying tickets, contact us at brandonkinsmen@gmail.com with your phone number and we will arrange to get you some tickets.

June 15, 2013 the Kinsmen Club of Brandon held the “Ride for the Breath of Life” Motorcycle and Classic Car Ride.

The Ride for the Breath of Life is an annual national motor sports fundraiser in support of Canadians with cystic fibrosis held in locations across Canada.

This year’s event saw 20 riders ride their bikes and classic cars from Brandon, to Rivers, Sandy Lake, Rapid City, and back to Brandon.  The weather mostly cooperated, though the post-event festivities had some rain.

Congratulations to Brenda Hales, who won the $500 poker derby; and Rick Reimer, who won the raffle for the Harley Davidson watch. Thanks to all riders and volunteers for supporting this great event to support Canadians with cystic fibrosis. 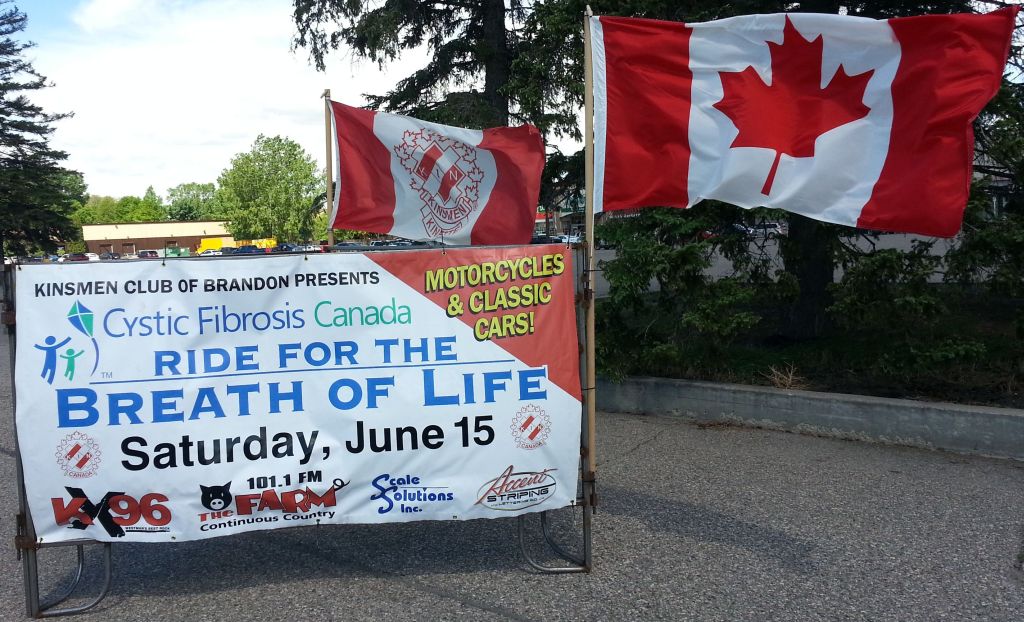 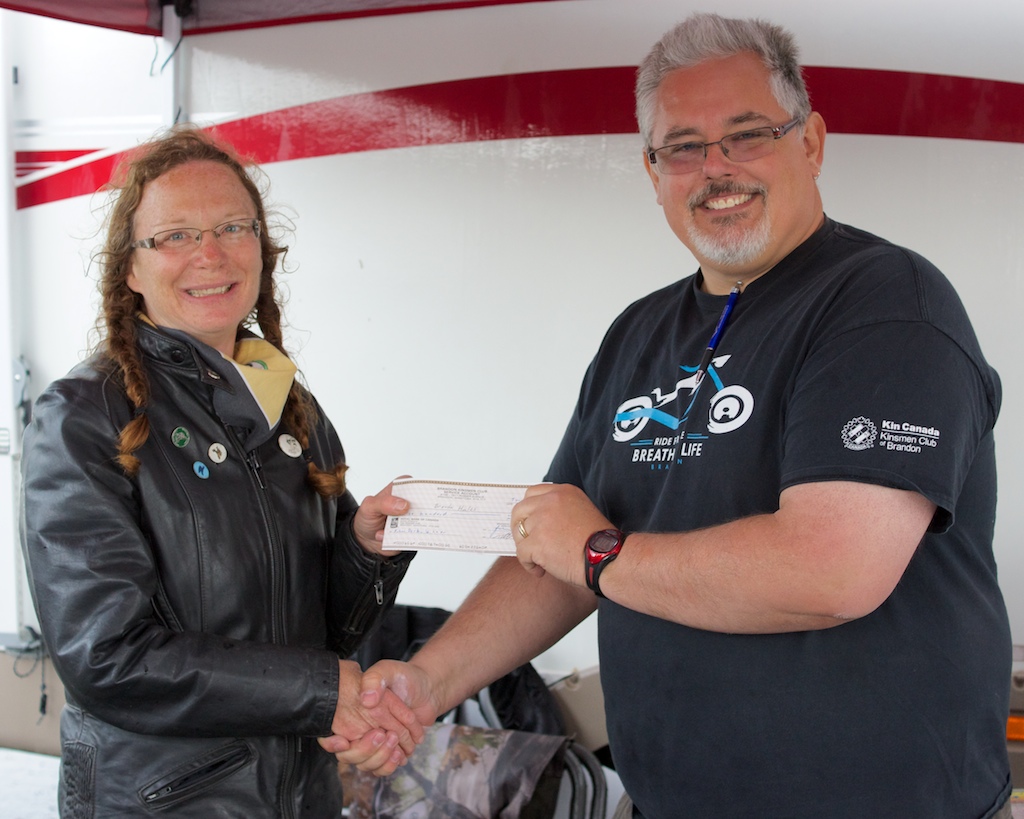 Brenda Hales (L) winner of the the $500 poker derby, accepts the prize from Art Wiebe (R) President of the Kinsmen Club of Brandon 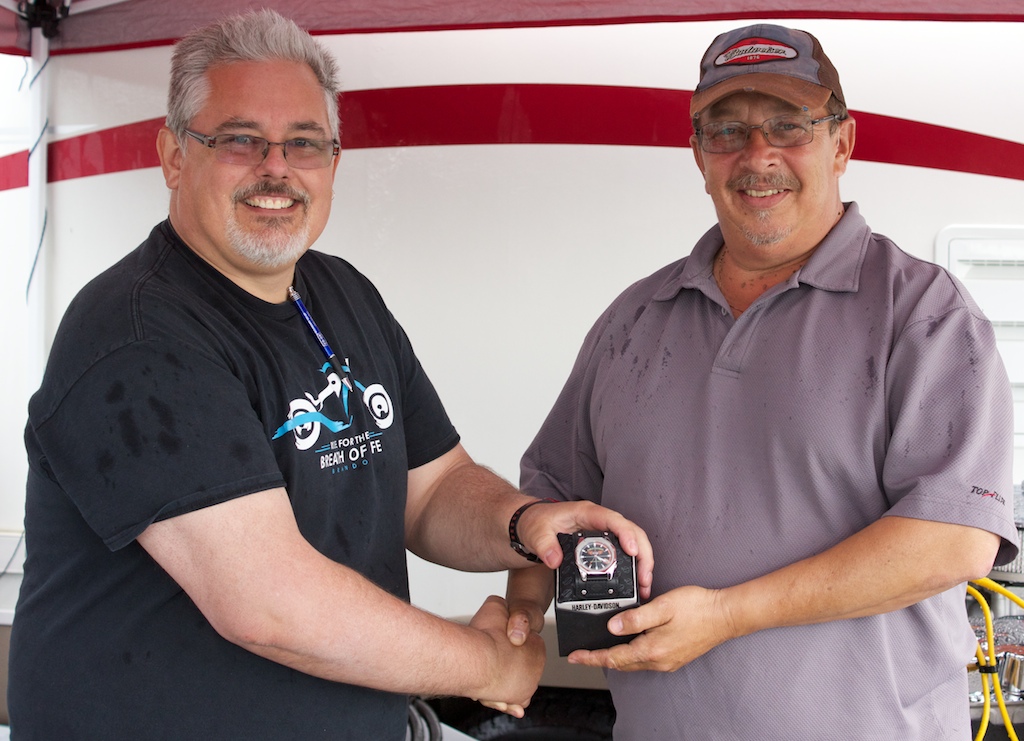 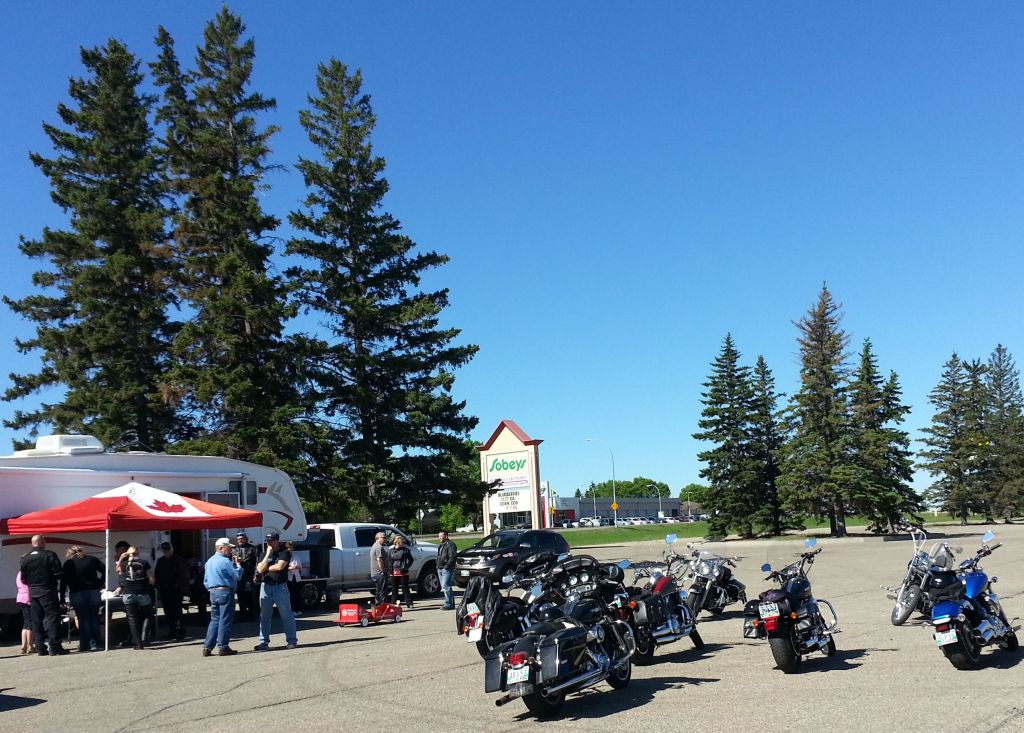