The Kinsmen Club of Brandon in conjunction with PASCAR Inc. is gearing up for our second season of racing at the Souris Stock Car track in the summer of 2015. The track adjoins the Souris Airport and has been inactive in recent years, with PASCAR revitalizing the facility in 2014.

PASCAR is pleased to announce our schedule for 2015.:

Race Days are open to the public. Come out to the track and see the race action.

Test & Tune Days
Test & Tune Days are intended to provide an opportunity for anyone interested in racing to come to the track and network and/or practice driving and/or work on their car. All persons on the property will be required to sign a waiver on Test & Tune days.

2015 Ride For The Breath Of Life at Cycle Boyz

Ride for the Breath of Life logo

We are changing the format this year. We are proud to announce a partnership with Cycle Boyz Customs. We are moving our weekend and site. No longer at the Sobey’s parking lot on the Saturday before Fathers Day. Instead, the event will be at 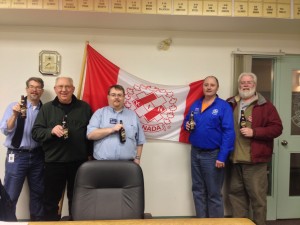 You are cordially invited to our Past President’s Gala

What a great reaction the Kinsmen Club of Brandon float got in the 2014 Brandon Santa Claus parade! We featured a PASCAR stock car and the “Mystery Machine” fan tribute van, (did you notice the special appearance by Scooby Do?) 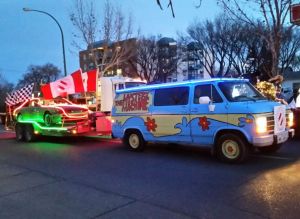 For all those who want to see “Behind the Scenes” at a race track, come out to the Souris Race Park on Sunday September 14, 2014. PASCAR will be holding another “Test and Tune” day. This is an opportunity for our racers to bring their cars out to the track and run some practice laps and try new setups without it being public race conditions. This event is not open to the public and there will be no spectator services. Everyone on the property will be required to sign a waiver of liability. However if you want to see a race car up close, are interested to see what goes in to building our class of cars, or would just like more information, please come see us on Sunday.

Challenged by Fred Brumwell, VP of the Milton, Ontario Kin Club. The Kinsmen Club of Brandon is calling out Brandt Bessant of Boissevain, Gord Patterson of Gladstone, and Daniel Pylypchuk of Dauphin.

After this morning’s inspection of the track and grounds, our operations personnel determined there was too much standing water for safe racing and spectator access to the site.

Here are our revised fall dates: